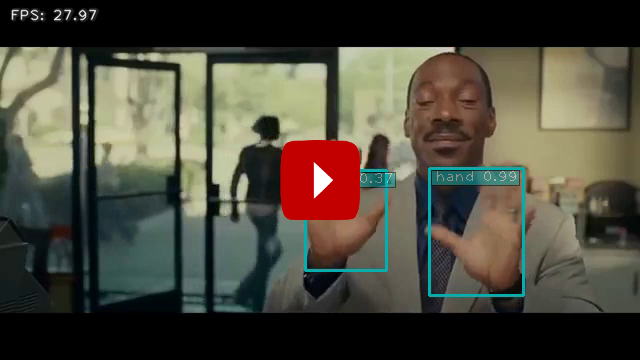 A few months ago, NVIDIA released this AastaNV/TRT_object_detection sample code which presented some very compelling inference speed numbers for Single-Shot Multibox Detector (SSD) models. (These inference time numbers include memcpy and inference, but do not include image acquisition, pre-processing, post-processing and display.)

I really wanted to test this out on my Jetson Nano/TX2 when I saw it at the 1st glance. About a couple of weeks ago, I finally had the time to adapt the code and add it into my ‘tensorrt_demos’ repository. I integrated my camera/video input module with this TRT_object_detection code, and created Demo #3: SSD. I’d like to discuss some of the implementation details in this blog post.

For running the demo on Jetson Nano/TX2, please follow the step-by-step instructions in Demo #3: SSD. The steps mainly include: installing requirements, converting trained SSD models to TensorRT engines, and running inference with the converted engines.

Note that this demo relies on TensorRT’s Python API, which is only available in TensorRT 5.0.x+ on Jetson Nano/TX2. So you’ll have to set up the Jetson Nano/TX2 with JetPack-4.2+. To re-iterate, JetPack-3.x won’t cut it.

The trt_ssd.py demo requires the python3 pycuda package to run. However, on my own Jetson Nano devkit (JetPack-4.2.2), sudo pip3 install pycuda would fail due to some compilation errors. I solved the problem by building/installing pycuda from source. I put the solution in my ssd/install.sh. If you follow my steps and execute the installation script, I’d expect pycuda to be installed without problem.

In this trt_ssd demo, we start with trained tensorflow SSD models in ‘frozen inference graph (pb)’ format. We convert the pb files into UFF, an intermediate file format defined by TensorRT. Then we let TensorRT run its optimization procedure and create the fastest ‘engine’ for the model on the target Jetson Nano/TX2 platform.

NOTE: The UFF converter library might have dependencies on certain version of tensorflow. For example, the version number of UFF converter I tested on Jetson Nano was 0.6.3. When it was executed, it printed out this message: “UFF has been tested with tensorflow 1.12.0. Other versions are not guaranteed to work.” I was actually using tensorflow 1.12.2, and it appeared to work OK.

NVIDIA has provided an executable program for converting a tensorflow pb file to UFF: /usr/lib/python3.?/dist-packages/uff/bin/convert_to_uff.py on Jetson Nano/TX2. For example, referring to sampleUffSSD/README.md, you could do it by:

I did not use convert-to-uff.py though. I followed the ‘TRT_object_detection’ sample and integrated UFF conversion directly into my build_engine.py.

In short, my build_engine.py implemented the following functionalities:

After an SSD model has been optimized and saved as a serialized TensorRT engine file, trt_ssd.py could directly load it into GPU memory for use without going through the optimization/timing step again.

My trt_ssd.py implementation mostly just followed what has been done in NVIDIA’s TRT_object_detection sample code. I created a TrtSSD class to encapsulate the code that: (1) deserializes/loads the TensorRT engine, (2) manages CUDA memory buffers, (3) pre-processes input image, runs inference and post-processes detection output. Aside from __init__(), the TrtSSD class only needs to expose a detect() function, which I think makes the code easy to read and maintain.

Same as my previous TensorRT demos, GoogLeNet and MTCNN, I hooked up my camera/image input code with the TrtSSD inferencing code. So I could easily test the TensorRT engines with files or camera inputs. As I already stated in the GitHub README, the optimized ‘ssd_mobilenet_v1_coco’ (90 classes) model runs at 22.8 FPS on my Jetson Nano, which is really good. And the optimized ‘ssd_mobilenet_v1_egohands’ (1 class) model runs even faster, at 27~28 FPS.

One last thing… I’ve written a new post about how I improved FPS performance of this TRT SSD demo by implementing video pipeline on it. Be sure to take a look: Speeding up TensorRT UFF SSD