It has been quite a while since I first created the tensorrt_demos repository. I set out to do this implementation of TensorRT optimized MTCNN face detector back then, but it turned out to be more difficult than I thought. Anyway, I finally got it to work. I tested the code with this Avengers poster on my Jetson Nano. I got roughly 5.15 frames per second (FPS), and it did detect most of the faces in the picture. (Interestingly, the robotic face of Nebula at the bottom-right corner was correctly detected, while the face of Wong at the bottom was missed by the model.) 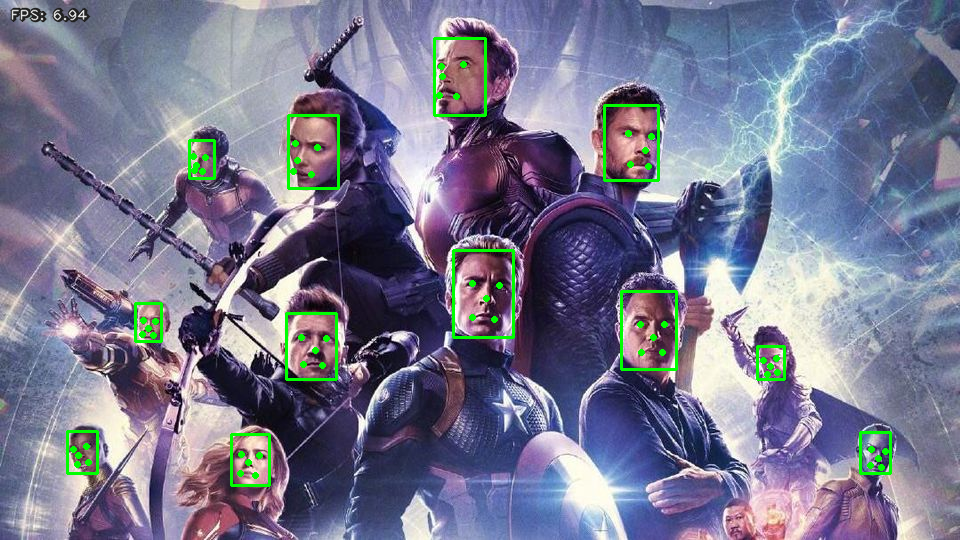 I’m going to discuss some of the decisions I made when implementing this TensorRT MTCNN.

Please refer to README.md in my jkjung-avt/tensorrt_demos repository for the steps to set up and run the trt_mtcnn.py program. Note that the code supports various kinds of image/video inputs. So you should be able to try the following.

I try to discuss the trickier parts of TensorRT MTCNN and some of my design decisions in the implementation here. Feel free to leave comments/questions below. I’ll add stuffs here if needed.

In addition to the above, there are still numerous details in the python code implementation of MTCNN. I might talk about them in a later post…