As described in my previous post, Training a Fish Detector with NVIDIA DetectNet (Part 1/2), I’ve prepared Kaggle Fisheries image data with labels ready for DetectNet training. It’s time to load the data to my DIGITS server and do the training.

Training a DetectNet model with DIGITS is mostly straightforward, except that I had to modify image width and height correctly (1280x720) in the prototxt file (more on this later). I basically followed the Object Detection example (with KITTI dataset) in the NVIDIA/DIGITS GitHub repository.

I first loaded the Object Detection dataset into DIGITS. 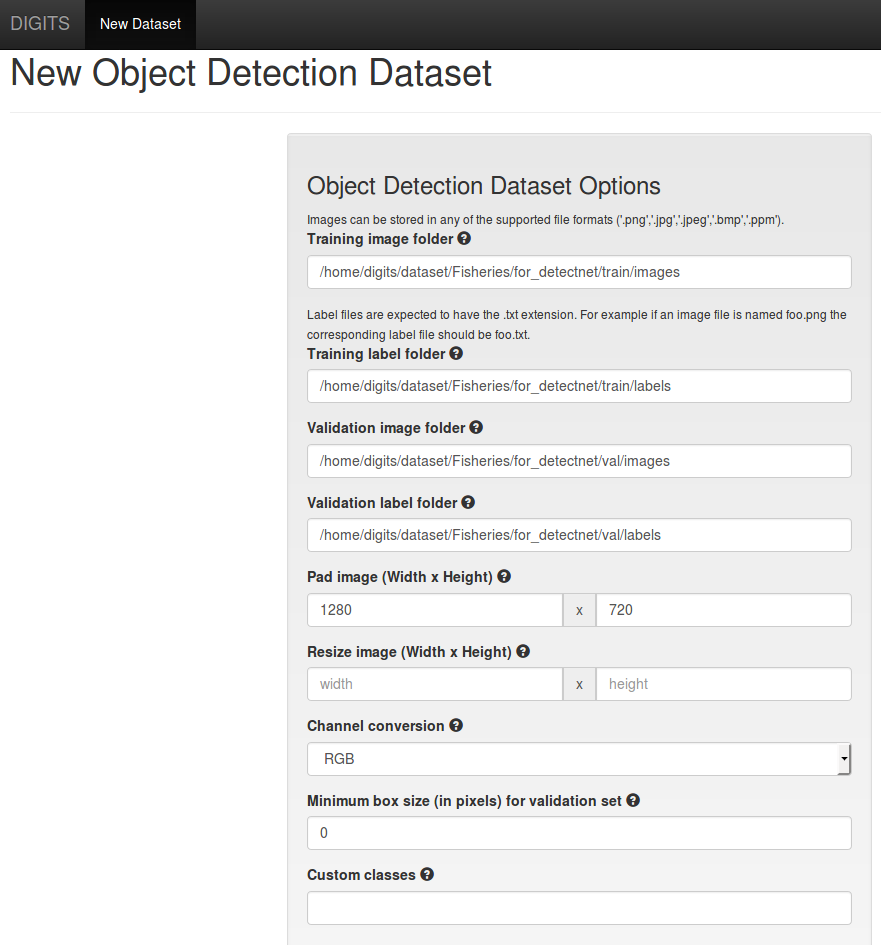 Next I created an Object Detection model to be trained with the dataset. Following the DIGITS Object Detection KITTI example, I set Subtract Mean to None, set Solver type to Adam, set Base Learning Rate to 0.0001 with (advanced) Exponential Decay Policy and 0.95 Gamma value, set Batch size to 2 and set Batch Accumulation to 5. Note that training the DetectNet on a GTX-1080 with 8GB memory, I was only able to fit at most 2 1080x720 input images as a batch to the GPU. 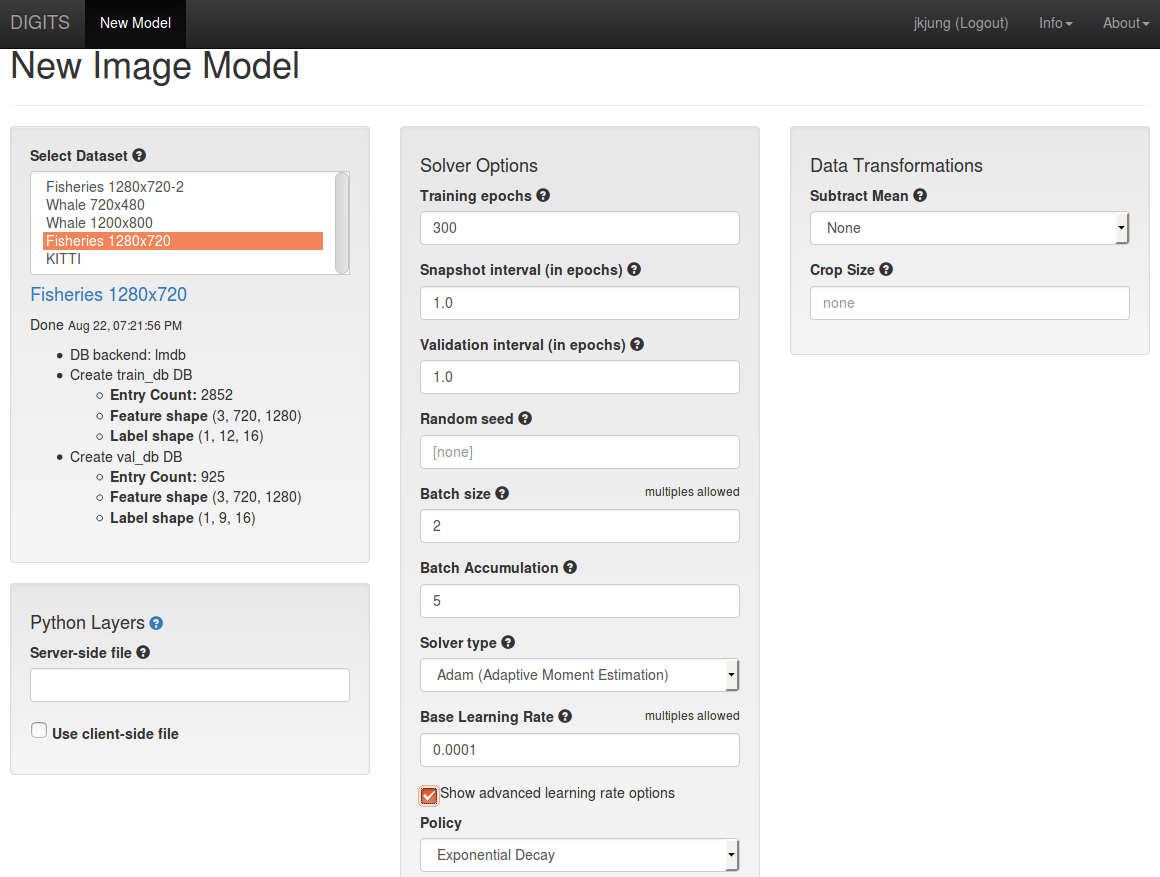 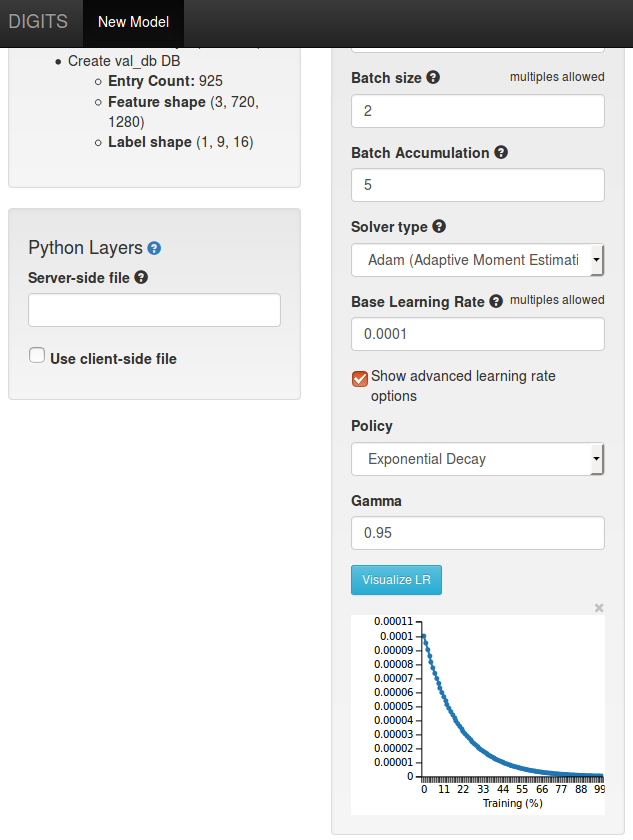 I then copied and pasted the example detectnet_network.prototxt as my Custom Network. And I did 2 important modifications here. 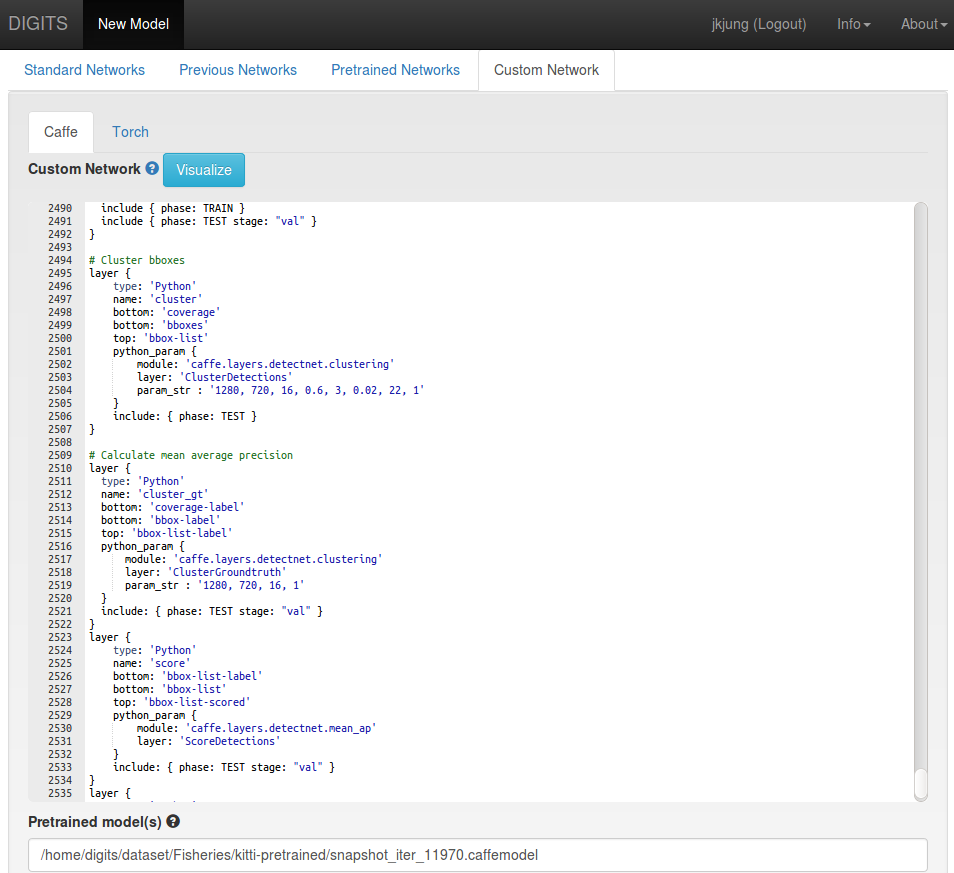 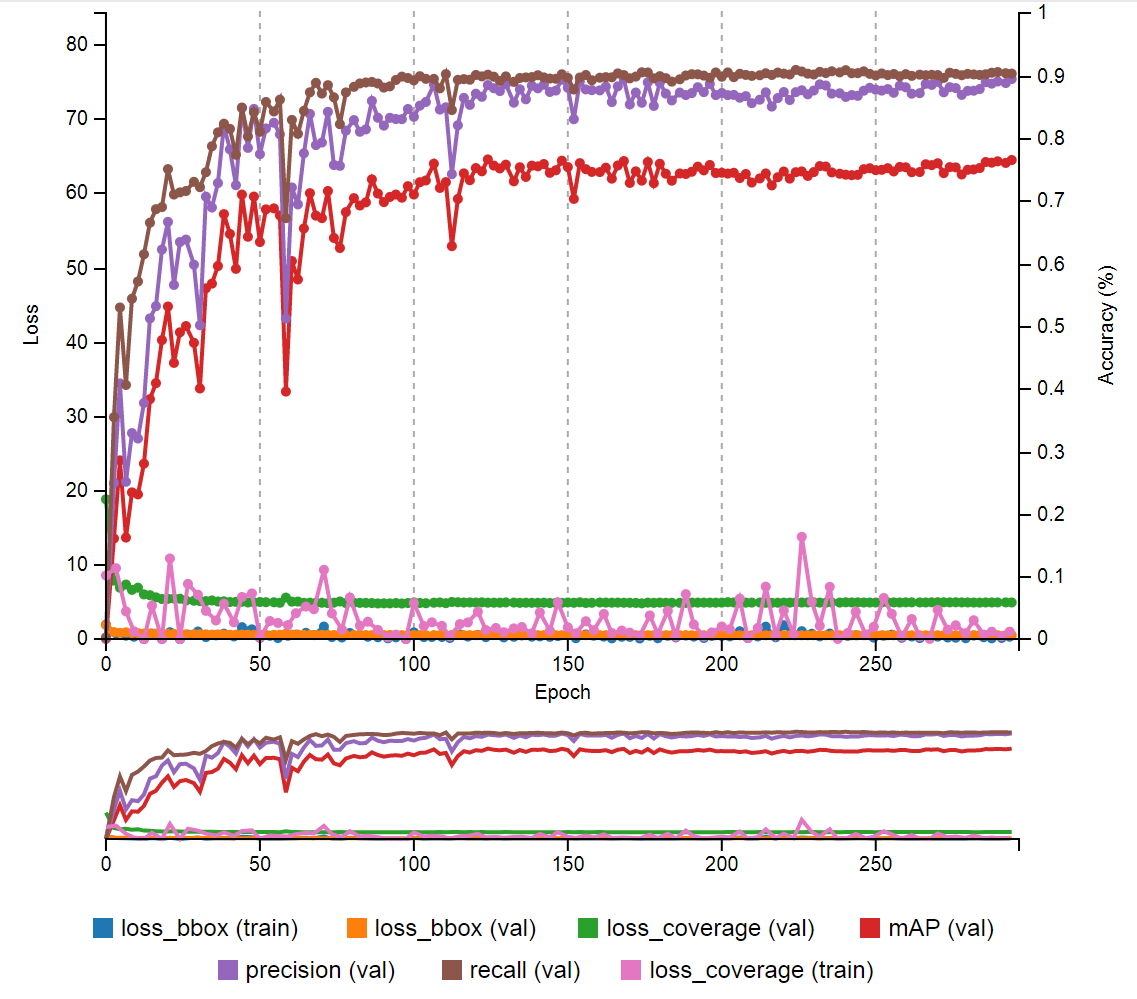 I took the result of the first round, fine-tuned a few parameters, lowering the learning rate a little bit, and trained the model again for 300 epochs. The result improved a little bit. In the end I had a DetectNet model with validation precision 86.77%, recall 87.12% and mAP 78.6. 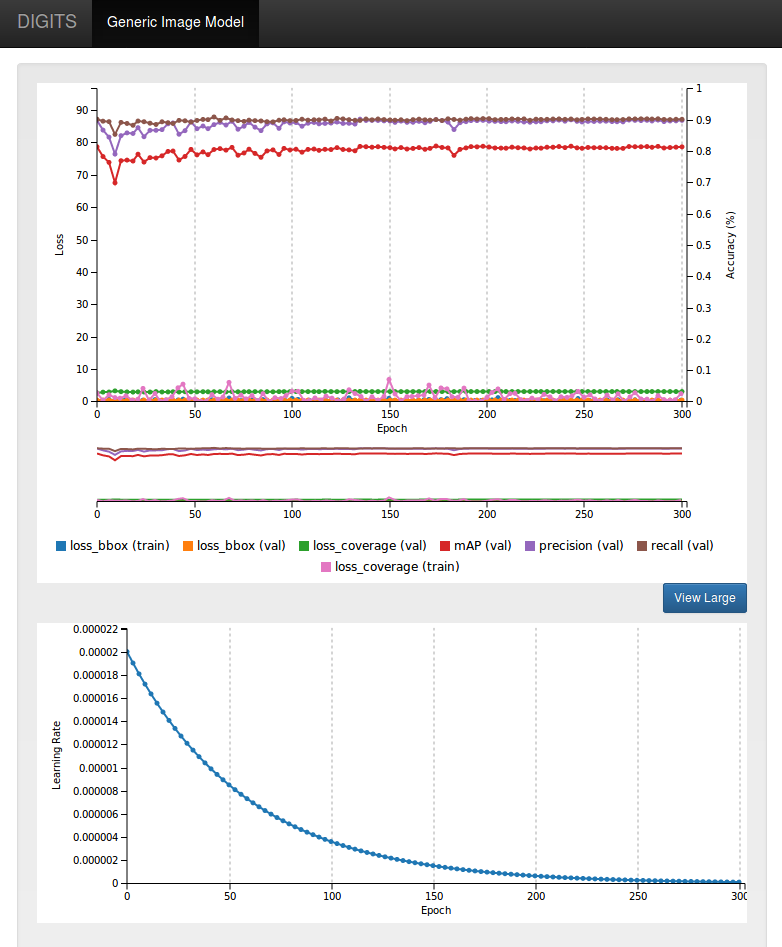 Finally I tested my trained DetectNet model with the Test Many function in DIGITS. I could see that the model indeed had about 80% accuracy in detecting fishes on newly unseen test images (from test_stg1.zip).

Here is an example for which the model made a correct prediction. 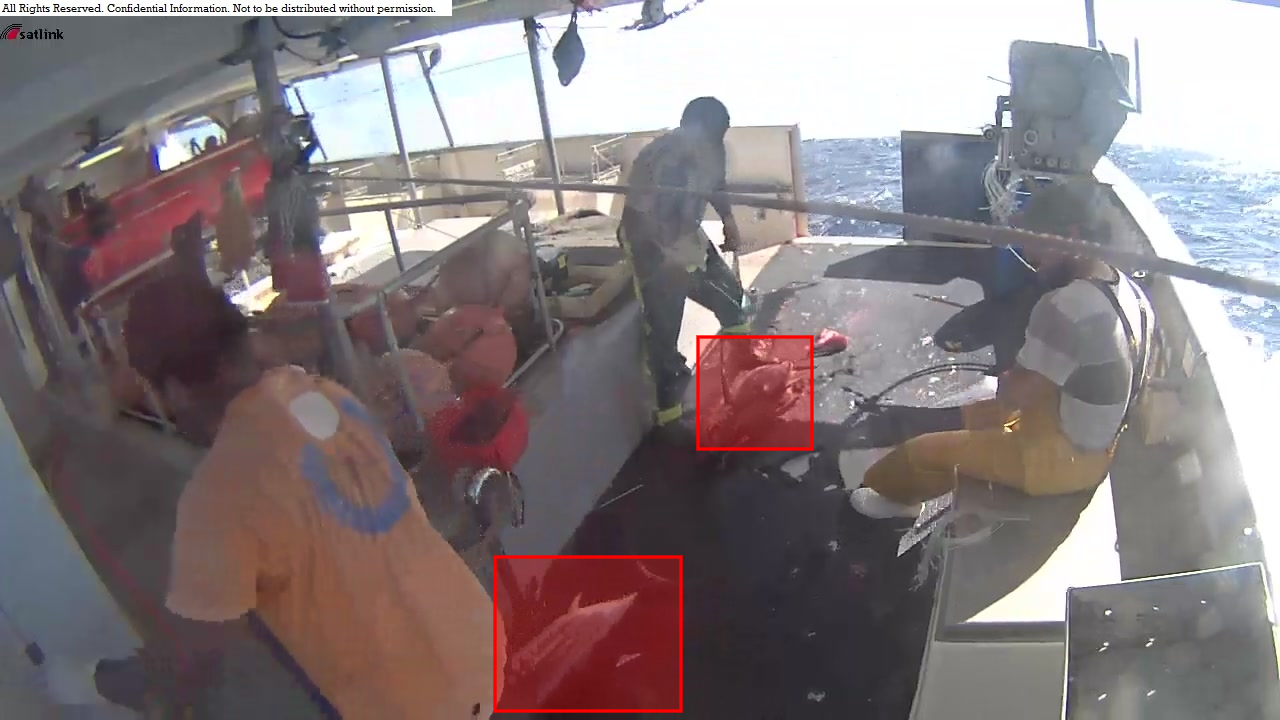 And here is an example for which the model had clearly missed a fish. 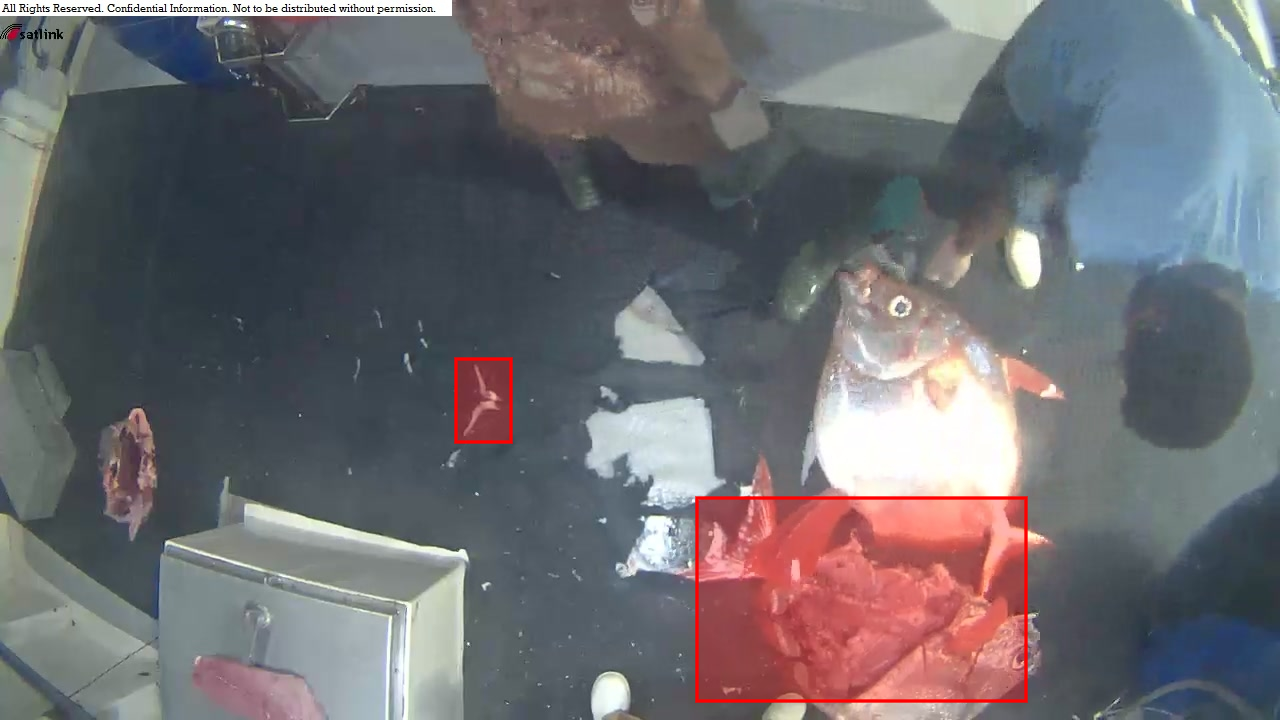 Finally, I tried to deploy the fish detector onto Jetson TX2. I downloaded the final (epoch #300) network snapshot from DIGITS, and copied the files onto Jetson TX2. I had to manually remove the last Python layer in the deploy.protxt. I also modified detectnet-camera/detectnet-camera.cpp to use my Logitech C920 USB camera (/dev/video1) as video input. Then I ran the jetson-inference demo code by:

So there I had it: a real-time fish detector on Jetson TX2, which is capable of processing 1280x720 images at 7.6 frames per second… 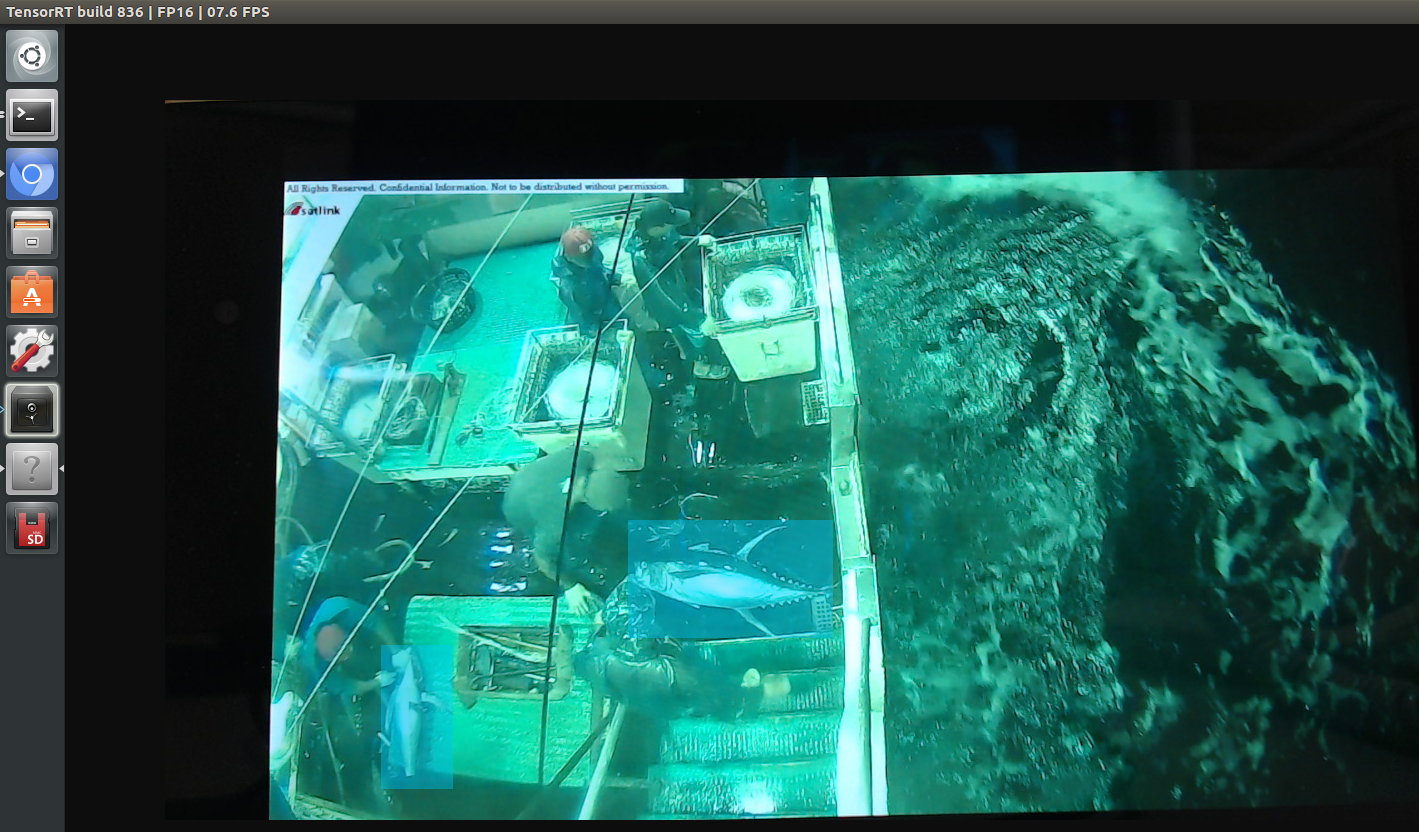